Unfair practices or a market advantage? 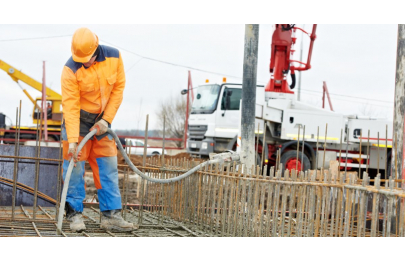 The Federation of Employers' Associations (AZZZ) agrees that the directive of posting has brought a load of red tape. "The current situation is very unclear, administratively very burdensome and complicated in term of languages," said AZZZ spokesperson Miriam Špániková.

ESTABLISHED members of the European Union see in the posting of workers from eastern Europe an instrument of social dumping and unfair pressure on the wages of local workers. On the other hand, new member countries consider the lower wage level as one of their last main competitive advantages when providing services across borders. "The possibility to post workers abroad is an important part of the convergence process," Martin Hošták of the National Union of Employers (RÚZ) told The Slovak Spectator. He explained that demand creates pressure on higher wages also in Slovakia, for instance, when French companies demand Slovak suppliers and thus their workers this creates pressure on higher wages also in Slovakia. "This is because the only sustainable and real source of wage growth is the competition of employers for employees."

Hošták points to the automotive industry, where producers' fight for workers leads to higher wages, which consequently pushes the wage level up, as a textbook example of this effect.

"This positive convergence process is only possible thanks to strong demand for Slovak products," said Hošták, adding it is no surprise that the basis for calculation of social insurance of posted workers is much higher than the average wage in Slovakia. While the former was EUR1,325.3, the latter stood at EUR912. Yet, the Labour Ministry points to a negative trend in the development in remuneration of posted Slovak workers.

"Statistics data show that posting itself has only a limited impact on increasing the incomes of posted workers," said Labour Minister Ján Richter. "Most employers prefer minimum obligatory remuneration. The annual comparison even shows that the remuneration of Slovak posted workers has been worsening which, under the condition of the general increase of wages, cannot be defended."

Posting of workers occurs when services are provided across borders within the single market. A posted worker is legally employed in a given member country and is sent by their employer to work temporarily in another EU member country. Posted workers benefit from the same rules regarding health and safety as the host country's employees, while the employer is obliged to pay them at least the minimum wage set by the host country.

It was the Posting of Workers Directive adopted in 1996 and has been in force since December 1999 that introduced the framework to protect the social rights of posted workers and to prevent social dumping.

Posting of Workers Directive - Current Situation and Challenges, a study commissioned by the European Parliament and published in 2016, identifies two basic models for posting.

First, mainly triggered by labour cost differentials and the competitive advantage of lower-wage countries, a significant share of posting is in low value chains, including construction, transport or agriculture, i.e. services that cannot be delocalised. Low-wage countries, i.e. countries, in which the average wage is less than half of the EU average, include Croatia, the Czech Republic, Estonia, Poland, Slovakia, Hungary, Latvia, Lithuania, Romania and Bulgaria. It is estimated that this model accounted for around one third of all postings in 2014.

The second model of posting is driven not by wage competition, but by skills shortages and the need for highly specialised personnel and services. This form of posting is in high value chains that require a highly-skilled workforce, such as in engineering, specialised construction professions or financial services. Within this model, minimum rates of pay or terms of employment conditions are not relevant factors. Wages of posted workers are either based on what is paid in the home country if it has higher wage levels than the receiving country, or the other way round. It is estimated that this model accounted for nearly 36 percent of all postings in 2014.

Slovakia is one of five EU member countries to record the biggest increase in the number of posted workers sent to another EU country. In Slovenia, Slovakia, Greece, Lithuania and Bulgaria the number has more than doubled since 2010, according to the Posting of Workers Directive study.

The number of Slovak workers posted to work abroad amounted to 98,383 in 2015; foreign workers sent to work in Slovakia numbered 8,141, based on data of the European Commission. Posting is particularly frequent in the construction sector, the manufacturing industry, education, health and social services and business services.

But a survey conducted by the Business Alliance of Slovakia (PAS) in September showed that surprisingly it is the industrial sector comprising almost half of the surveyed companies and the sector of services, including shared service centres accounting for more than one fifth that most often post employees abroad. Jana Mesárová, district manager of Wincott People, added that posting pertains also to the sister companies of supranational concerns.

"These companies are the most often forced to post their employees abroad," Mesárová told The Slovak Spectator.

Companies currently complain most about heavy administration connected with posting. When an employee is posted from Slovakia to another EU country, the basic duty [of the employer] is to award him or her the wage based on the legislation of the hosting country and secure him or her working conditions in line with the legislation of the hosting country. "There are no unified European rules," said Mesárová.

Concerning foreign workers posted to Slovakia, the employer is obliged to register the worker before the start of the work with the National Labour Inspectorate. This obligation pertains to the case when a foreign employer provides, via its employee, services for a Slovak employer in Slovakia. Thus business travellers or people travelling to attend conferences or meetings are omitted from this duty.