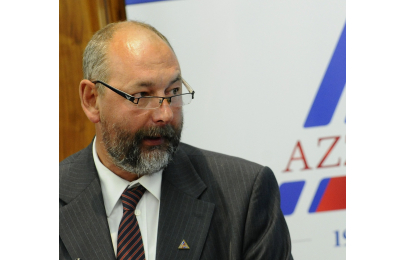 Political stability is what investors and companies seek, listing the euro and the location in central Europe among the advantages of investing in Slovakia. Now stability has been shaken by the political crisis triggered by the murder of investigative journalist, Ján Kuciak, and his fiancée, Martina Kušnírová. It has yet to be seen whether the governmental reshuffle orchestrated by Peter Pellegrini, the new prime minister, will be enough to alleviate the political situation.

"I can ascertain that this government will maintain the clear pro-European orientation, that this will be the government to continue in good started-up projects," said Pellegrini on March 17.

Political crisis not good for the economy

The tense and uncertain political situation is not good news for the economy. "Long-term and serious political instability very often leads to the departure of investors from the country or the disinterest of potential investors," said Jana Glasová, economic analyst of Poštová Banka. "Its consequence is an increase in unemployment, the worsening of the financial situation in households and a general slow-down of economic growth."

For now the political crisis has not resulted in any such negative implications. "The current political turmoil has not had a notable impact on the economic situation of the country yet," said Katarína Muchová, economic analyst at the Slovenská Sporiteľňa bank, adding that Slovakia's economic fundamentals are quite robust and the continuation of solid economic growth and favourable labour market development this year are expected. Analysts and representatives of companies see two main implications the current political situation may bring about.

"Such political nervousness does not contribute to peace in individual companies either on the side of employees or employers, since this may slow down economic activities and investments," said Tomáš Malatinský, president of the Federation of Employers' Associations (AZZZ), as quoted by the Pravda daily. "Another implication may be the postponement of fundamental changes needed to increase the competitiveness of Slovakia."

Slovakia in the spotlight

Rating agencies are closely watching political developments in Slovakia but for now they are not expecting any sharp shift in economic policy. "Slovakia's political crisis has increased near-term political uncertainty but we think severe changes to economic or fiscal policy are unlikely," Fitch Ratings wrote in its press release on March 16. "While the political consequences remain unclear, fiscal policy is anchored by domestic and European provisions, and economic policy settings have supported favourable growth." Fitch does not expect any early elections, with the next general election due in 2020, to significantly change current economic policy settings. "The economic policy framework is robust and credible, and the role of foreign investment [notably from EU funds and the car industry] in boosting growth incentivises any government to promote macro-economic stability," Fitch wrote.

Fitch forecasts a real GDP growth for Slovakia of 3.6 percent this year and 3.9 percent next year. In early February, it affirmed the 'A+'/Stable rating for Slovakia.

Moody's affirmed Slovakia's A2 rating and maintained a positive outlook on March 9. Nevertheless, it stressed that the wellpublicised murder of a journalist and his partner, as well as underlying concerns regarding transparency and accountability in the use of EU funds, have triggered a political crisis.

"This crisis narrowly raises the risk of the coalition government not completing its four-year term, which would place in doubt the government's continued commitment to economic and fiscal reform," Moody's wrote. "At a deeper level, recent events, and the related longstanding problems concerning the utilisation of EU funds raise doubts regarding the control of corruption and the strength of voice and accountability in overall governance." Zdenko Štefanides, chief economist at VÚB bank, perceived the concerns of the rating agencies as relevant. "The fact is that corruption, bad law enforceability and the instability of legislative environment are obstacles to doing business in Slovakia in the long term most often quoted by entrepreneurs, and the disruption of its economic growth," Štefanides told The Slovak Spectator.

So if the current political crisis leads to cleansing power of corruption and the establishment of transparent rules not only in the utilisation of EU funds but in general division of public funds and the return of trust to law enforceability, the long-term benefits for sustainable economic growth would over weighed by any short-term negative impacts on economic growth, according to Štefanides.