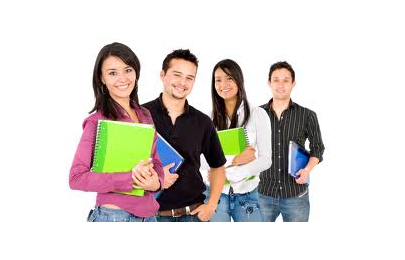 It should have been one of the biggest education reforms passed by the current government, but the number of pupils that participate in the dual education is not as high as it was originally expected. The Education Ministry and also schools however expect that the interest will be higher next year, after they will see the first results.

The dual education scheme, which the Education Ministry modelled on programmes from German-speaking countries, allows students to study theoretical knowledge at vocational schools while combining that with work experience.

“The reform of the vocational education with the aim to achieve better placement of graduates has not ended, it is a continual process with tasks and aims until 2020,” Education Minister Juraj Draxler said after the new law on dual education passed in March.

A total of 89 companies and 422 students have joined the programme during the first year. The Trenčín, Nitra and Košice regions have the highest interest, and most employers are based in those places as well. The fewest students joined the scheme in Prešov Region, according to Education Ministry statistics. Meanwhile, the professional organisations registered the applications to participate in the scheme from another 261 companies.

The dual education scheme was to be the ministry’s flagship, but it seems that this ship has sunk or, better said, it has not even sailed, Róbert Chovanculiak, analyst with the Institute for Economic and Social Studies (INESS), wrote in his blog.

He referred especially to low student interest in joining the scheme, as just one-third of the expected number of participants took part the school year 2015/2016. The ministry points to insufficient promotional campaigns by employers at schools and expects the numbers will be higher in the future.

Employers are, however, satisfied and say that additional changes to the programme will lure more students in the future.

Both practice and rewards

Under the new rules, theoretical education takes place at schools, while practical training is entrusted to companies. Employers who join the project will enter into learning contracts with secondary school students. The time spent in the company may range from 60 to 80 percent of the total number of lessons.

Moreover, companies can reward students attending practical training with payment for one hour of productive work is 50 and 100 percent of the minimum wage (€1.09-€2.18 per hour). Students can receive a scholarship from the state budget of between 25 and 65 percent of the subsistence level (€22.61-€58.77) per month depending on their results in the school, plus a monthly scholarship from the company, up to four-fold the subsistence level, €361.68 per month.

Participating companies are also entitled to tax relief of up to €3,200 per student that they provide practical training of more than 400 hours annually.

The German-Slovak Chamber of Commerce and Industry (SNOPK) welcomes the changes. Though its members say that the current version of the law is not perfect, they consider it “a good start for companies”, Željka Šenkovič of SNOPK told The Slovak Spectator.

The Education Ministry was however surprised by the low number of students who applied for the jobs offered by the companies. It originally expected some 1,500 pupils to sign up.

“We explain the lower interest of pupils with the shorter time the employers had for appropriate PR in the regions,” Education Ministry spokeswoman Beáta Dupaľová Ksenzsighová told The Slovak Spectator. Employers, however, claim they have done everything to promote the new system.

“We obtained exact instructions how and when to become involved in PR activities since these projects are co-financed by European funds and the activities are strictly controlled,” Roman Conorto, an expert in education in the Federation of Employers’ Associations (AZZZ), told The Slovak Spectator. The National Union of Employers (RÚZ) considers it a success that despite such a short time for administrating the launch of the dual education scheme, 400 pupils have joined, its secretary Martin Hošták told The Slovak Spectator. Also Šenkovič of SNOPK regards the interest as surprisingly high since there was not much time to launch a proper information campaign. Despite the lower interest, the ministry expects it will be higher next year, not only for more time, but also for the initial real results of the system’s operation.

Not enough motivation for schools

Martin Maták of the school trade unions, who is responsible for secondary schools, however says that there may be other reasons for low interest of students. Pupils may not accept the fact they need to sign agreements with companies as they are afraid of a “certain type of limitation”, he said. Also parents lack information about the benefits of the dual education scheme. Moreover, both schools and companies may be distracted to join. The former receive less money for students joining the scheme, as they will receive money directly from employers, while the latter may be discouraged by the low contribution from the state, which amounts only to €70 per student per month, Maták added.

Also Chovanculiak points to some deficiencies in the system. Regarding the agreements signed between the companies and the pupils, the latter promise to work at least three years after graduating in the company. Otherwise they will have to pay for part of the costs the companies had contributed to their studies, he pointed out.

“It is probably useless to stress that not all pupils want to give up the possibility to continue in their studies, travel abroad to obtain some experience, or to launch their own business,” Chovanculiak wrote.

Another problem is that the self-governing regions decide on what private secondary schools will be able to open the classes, which means they decide about their own rivals, and professional organisations representing employers also check the capability of participating companies, Chovanculiak continued.

He also criticised the fact that the law unifies the rules for everybody, making it unable to adapt to diverse needs of schools, pupils and employers. There is also a question whether all parties discussing the dual education scheme had their points of view taken with the same weight when the final version was created. The rules are a result of various pressures “where different interests have different power and the result does not have to offer the optimal cooperation model”, Chovanculiak wrote.

The long-term cooperation however requires the comprehensive agreement which will reflect the time and place particularities, he continued, adding that dual education should not only be about training people for the automotive sector.

Though Conorto of AZZZ considers the dual education system “the first fundamental step in the transformation of vocational education and the education sector as a whole”, he says that the new law has not fulfilled the expectations.

“We are convinced that the interest of employers is big, though this agenda is accompanied with further financial and administrative duties, not to mention responsibility for the whole process”, Conorto added.

He suggests reducing the administrative burden for employers joining the scheme and increasing the financial participation of the state in the whole process.

Moreover, Klub 500, which unites companies with more than 500 employees, proposes to introduce the central model of process management, with clear rules, competences and responsibility. Currently, there are 13 professional associations that are responsible for the scheme, which may result in chaos, said Tibor Gregor, executive director of Klub 500, as reported by the TASR newswire.

The minister did not accept the proposal of employers’ associations to operate the vocational education system centrally, by the State Institute of Vocational Education, with full participation of employers, he continued.

It is also necessary to reduce the administrative burden and introduce some kind of motivation for schools and employers, Gregor said, as reported by TASR.

Other ways to help

Šenkovič of SNOPK says it is necessary to promote the advantages of the system. Moreover, parents are not interested in vocational education as they want their children to continue in studies. The pupils, however, often graduate from specialisations that are not needed in the labour market, according to Šenkovič.

“There was really a very short time to do some information campaign for children and parents,” she continued, adding that they will start with informing eighth- and ninth-grade pupils about the dual education and its benefits in late October with an eye on next school year.

It will be also important to focus on educational and career counselling, which has many defects, according to Maták. Career counsellors lack the space and motivation to do their job properly.

“It is necessary to link them more with PR activities of the companies in regions,” Maták said, adding it is also necessary to promote the technical specialisations in sixth and seventh grade of elementary schools.

Some schools participating in the programme

Among the first schools in Slovakia to introduce the dual education system is the Secondary Vocational School (SOŠ) of Trade and Services of Samuel Jurkovič in Bratislava, which cooperates with DM Drogerie Markt and Tesco Stores.

Headmistress Tatiana Mókosová hopes the dual education will increase the interest of students in vocational schools. Though its introduction was accompanied with administrative burdens, the positives prevail, she said, as reported by the TASR newswire.

Another two schools in Bratislava Region which joined the system was the SOŠ Automotive and SOŠ Polygraph, TASR wrote.

“Pupils will be part of the professional team with all benefits, including the financial motivation whose amount will depend on school results, starting the very first year,” headmaster Jozef Eperješi said, as quoted by TASR.

Other schools in the region participating in dual education include Secondary Industrial School (SPŠ) Electrotechnical in Košice, SOŠ Technical in Michalovce, and SOŠ Spišská Nová Ves.

In Nitra Region, secondary vocational schools in several towns, like Zlaté Moravce, Šurany, Topoľčany, Nové Zámky, Levice, Vráble, and Nitra, joined the scheme, signing agreements with 30 firms altogether. This kind of education is one of the ways to improve the quality of vocational education. It will also help students be better prepared to start their first job, said Oľga Prekopová, spokeswoman for the regional governor.

“The automotive industry will need highly qualified workers,” Prekopová added, as quoted by TASR, adding that their priority is that the pupils work directly in companies.

In Trenčín Region dual education was launched at seven schools, with 99 students participating. One of them is SOŠ in Nové Mesto nad Váhom where students follow the German dual education model.

German State Secretary of the Education Ministry Georg Schütte, who visited the school in late September with Education Minister Juraj Draxler, called this pilot project a good example of quality vocational education which shows the businesses possibilities they have when investing into dual education. Moreover, it offers young people real alternatives for their studies, reads the SNOPK press release.

Schütte and Draxler also signed a memorandum on cooperation which focuses on areas where the two countries want to start and support educational projects, in which schools, companies and other partners will participate.